The “Read And Create” action 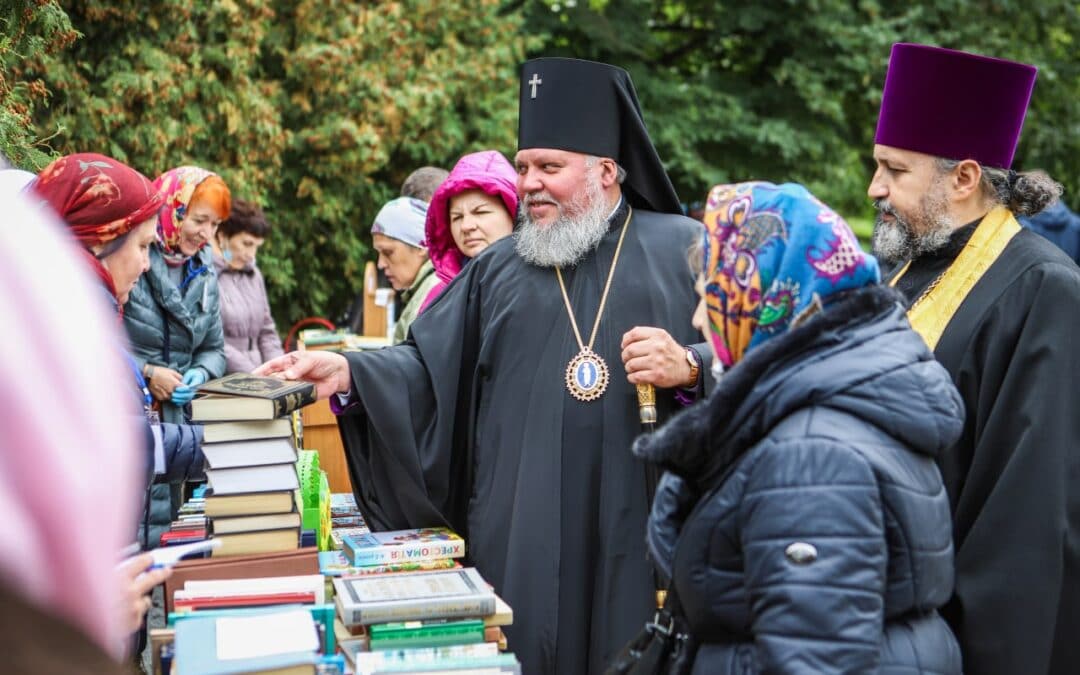 On September 25-26, 2021, the READ AND CREATE charity book fair was held in the Kyiv Caves Lavra, organized by the Favor Charitable Foundation and Nasha Lepta project. The events were carried out in support of the communities that lost their temples due to the raider seizures.

The work of the fair began with a prayer service at a hundred icons of the Mother of God, presented at the Ukraine is the Home of the Blessed Virgin exhibition. Prayer singing was performed by the vicar of the Kyiv Metropolis, Archbishop Mykola of Vasylkiv, in concelebration with Archpriest Volodymyr Kostochka, supervisor of the Nasha Lepta project, Archpriest Oleksandr Sorokin, head of the Favor Charitable Foundation, as well as the clergy of Kyiv city.

At the opening of the event, Archbishop Mykola noted, in particular, that 144 churches were taken away from the communities of the Ukrainian Orthodox Church, and this is the pain of the entire Orthodox Ukrainian people. Vladyka said, “I think that all of Orthodox Ukraine should unite to help these communities. This is not just our duty – this is the dedication we can serve our Lord Jesus Christ and our Holy Orthodox Church. Every book bought today will become a brick in the foundation of future temples, and this is what we can and must do to the best of our ability.”

The Rejoice children’s church choir under the direction of Natalia Meleshkina performed before the audience. The children’s voices singing “Faith is eternal, faith is glorious! Our faith is Orthodox” were particularly heartfelt.

The organizers express their special gratitude to Bishop Sylvester of Bilohorodka, rector of the Kyiv Theological Academy and Seminary, for his help and assistance in organizing the event.

A deep bow to everyone who supported the initiative of the organizers and took part in the fair. Thanks to our common efforts, UAH 42,400 were collected within two days. All funds raised during the charity event will be directed to the construction of new temples!

We hope that with God’s help, the READ AND CREATE charity book fair will become a good tradition!

Temples of Our Childhood

Photos of the “St. Nicholas’ Sledge” action from CF FAVOR